Premier Post: Greetings and Welcome! What’s in a name? 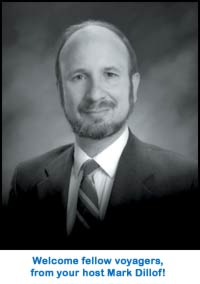 Deeper questions.com is my second effort to invite people into the depths, via the web. My previous website was called ”the philosophy clinic.com.” It took me eight years to realize that it was not a very appealing name. There may be a handful of intellectuals for whom “philosophy” has a cachet, but, in the United States, at least, the word is most often associated with abstruse and irrelevant bull, and often rightly so. Or else it evokes memories of discussions about Plato or Descartes, in a college classroom. But college philosophy is about the history of philosophy; it is not philosophy itself. It’s just as well, for the real thing is powerful and dangerous. Indeed, I had considered calling this website “dangerous questions.com,” but I didn’t want to scare everybody off, at least not just yet. 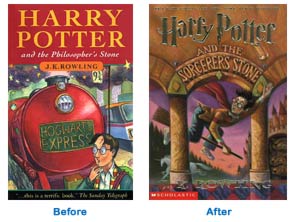 And, so, what’s in a name? Apropos, is the name change of J.K.Rowling’s first Harry Potter book. In Britain, it was titled “The Philosopher’s Stone. When it came to the States, the publisher shrewdly changed it to “The Sorcerer’s Stone.” That new age ideas, like sorcery, are more appealing than philosophy says something about the zeitgeist: it is anti-reason. The present age believes that the route to true knowledge is through feelings, intuition, will, magic, drugs, or other non-rational means. Some would trace the devaluation of reason and analysis back to the 1960’s, to the youth counterculture. Other scholars trace it roots to 19th Century romanticism (The Reason, the Understanding and Time, by Arthur O. Lovejoy.) And still other scholars tract it back to the anti-Platonic nominalism of the Middle Ages (Ideas have Consequences, by Richard Weaver). I might add that those who, seeing the limits of reason, recommend other ways of knowing, are among philosophy’s profoundest thinkers. Schopenhauer would be an example. In any case, the question here is the sense that the word “philosophy” has for most people today. It is not a very positive one. Alas, Athena, the goddess of wisdom, needs to hire a PR firm.

I’ve abandoned the name “the philosophy clinic” for a second reason. It was misleading. It suggested that I am offering people a new philosophy. On the contrary, I simply help them to delve deeper. After all, a philosopher does not answer people’s questions. On the contrary, he questions their answers. The process leads to deeper questions; thus the name of the website.

Whether we realize it or not, we are perplexed by life’s fundamental enigmas. We are surrounded by clues, which we neither recognize nor understand. This blog, the discussion board, and all else on this website, will be devoted to uncovering and interpreting those clues.

The Mystery of the Square Dinner Plates

The Meaning of a Starbucks Obsessive-Compulsion

Socialism’s Incestuous Relation to the Mother

Living in the Moment, for a Moment