Hamlet and the Boy Scouts Discover the Secret of Readiness

“Readiness is all.” — Hamlet
“Be Prepared.” — The Boy Scout motto
“Live like a warrior.” — Don Juan Matus 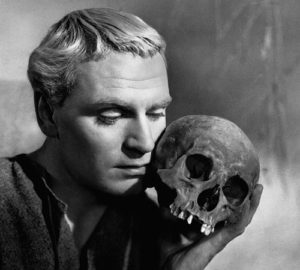 Something stinks, but not just in Denmark. Wherever one may roam, from Brooklyn to Tokyo, from London to Tehran, there exists suffering and evil. This leads us to an overwhelming question: Being that the world is in this sorry state — and has been this way since creation — how should one live? What actions, if any, should one take? There is no profounder exploration of this question than Shakespeare’s Hamlet.

One may, of course, try to defer decision, which is what Prince Hamlet became known for; many a reflective person is similarly tempted. But Hamlet finally does rise to the occasion. What insight transformed him into a man of action? There lies the mystery.

In Act Five of Shakespeare’s play, we learn that Hamlet has been challenged to a formal sword-fighting contest with Laertes, a match that has been arranged by Claudius, Hamlet’s murderous uncle and King of Denmark. Even though the contest is supposedly intended to be mere sport, Hamlet’s good friend Horatio is justifiably concerned that Hamlet is in danger and urges him not to participate. But Hamlet, rejects Horatio’s prudent advice, stating:

“There ’s a special providence in the fall of a sparrow. If it be now, ’t is not to come; if it be not to come, it will be now; if it be not now, yet it will come: the readiness is all. Since no man has aught of what he leaves, what is ’t to leave betimes?” (Hamlet. Act v. Sc. 2)

Readiness for what? Readiness to die? What had engendered this new attitude — both religious and stoical — in Hamlet? Clues to these questions comes from an unlikely source, the Boy Scouts. Their famous motto, “Be Prepared,” is on the same wavelength as “readiness is all.” A very perceptive Wikipedia entry, under the heading “Scout Motto,” offers insight into what Baden-Powell, the founder of the Boy Scouts, meant by “Be Prepared”:

“…Baden-Powell wasn’t thinking just of being ready for emergencies. His idea was that all Scouts should prepare themselves to become productive citizens and to give happiness to other people. He wanted each Scout to be ready in mind and body for any struggles, and to meet with a strong heart whatever challenges might lie ahead. Be prepared for life — to live happily and without regret, knowing that you have done your best. That’s what the Scout motto means.”

“Be Prepared in Mind by having disciplined yourself to be obedient to every order, and also by having thought out beforehand any accident or situation that might occur, so that you know the right thing to do at the right moment, and are willing to do it.”

“Be Prepared in Body by making yourself strong and active and able to do the right thing at the right moment, and do it.”

The author of the article then quotes Baden-Powell himself:

“BE PREPARED to die for your country if need be, so that when the moment arrives you may charge home with confidence, not caring whether you are going to be killed or not”
(http://en.wikipedia.org/wiki/Scout_Motto#cite_note-0)

The author states that a Boy Scout must think out beforehand “…any accident or situation that might occur…” Yes, one must prepare as much as possible, but ultimately one cannot foresee everything. Prepare though we may, human existence is infused with uncertainty. Life sometimes delivers terrible surprises, “sucker punches.” It is more essential that Boy Scouts (and Girl Scouts too) cultivate an attitude of mind that is flexible enough to immediately flow with the often unexpected contingencies of the moment. Those who adopt the Scout Motto must also, as the author of the Wikipedia entry states, meet life’s struggles with a strong heart, always doing one’s best.

Here, though, is where the awareness of death, paradoxically, enhances the quality of human existence. The scout must, as Baden-Powell states, be prepared to die, charging “home with confidence, not caring whether you are going to be killed or not.” This confidence is not the usual sort of confidence, which is predicated on knowing that one is safe. Baden-Powell’s notion of confidence is of a different order or reality, one akin to Hamlet’s notion of providence, for it requires casting one’s fate to the wind, the universe and God. Sometimes, in dire circumstances, people will rise to the occasion, as did the crew of United Airlines Flight 93, with the battle cry of “Let’s roll!” But the awareness of one’s mortality must inform not only extreme circumstances, but one’s day to day actions.

The books by the anthropologist, Carlos Castaneda, provide important clues to this attitude of mind. Castaneda’s teacher of shamanism, Don Juan Matus, tells Carlos that an ordinary man acts in the world unaware of his mortality. Indeed, most people act as if they were going to live forever. Consequently, there is a laxness, carelessness, moral and spiritual slackness, and often self-indulgent quality to their actions. By contrast, the person who lives like a warrior is continually aware of his mortality. He allows this sobriety of awareness to inform his every action, such that his spirit shines. Don Juan calls this mode of action “impeccability.” Living impeccably abolishes fears, regrets and doubts. It is the antidote to the omnipresent anxiety, discontent, and despair that pervades human existence.

We can conclude that Hamlet’s insight that “Readiness is all” derives from the same elevated level of awareness encapsulated in Baden-Powell’s advise to “Be Prepared.” It is also akin to Don Juan Matus’ advise to live like a warrior. This mode of living is simultaneously realistic, dutiful, joyful, and heroic.

We have not, though, answered the question as to what may have precipitated this new outlook on life in Hamlet. We may explore that mystery on another occasion.

Living in the Moment, for a Moment
“Sufficient unto the day is the evil thereof.” — Mathew 6:34 "There's a special rung in hell reserved for people who waste good scotch." — ...

When the Door to the Bus Opens, Get On
“This door was intended for you. Now I am going to shut it.” — Kafka, “Before the Law” We had previously explored Hamlet’s notion of readiness in ...

The Pathos of Dying, While Getting One’s Act Together
There have always been large-scale funerals for entertainers, from Rudolph Valentino to Elvis Presley. But never has there been anything like the one for ...

The Deeper Meaning of Zombies

Do You Love Your Fate?

The Law of Attraction as Flight from Reality

The Pathos of Dying, While Getting One’s Act...

The Lost Secret of Career Success

The Deeper Meaning of Adultery

Some Clues to the Mystery of Depression

The Aesthetic Mystery of a Fantasy Clock

Socialism’s Incestuous Relation to the Mother

The critical turning point, I think, is the graveyard scene, shortly after Hamlet’s return from exile. It is here that he meditates on death in a real (ie not abstract) way when he realizes that he is at the grave of the Jester Yorick, who was a childhood friend. This is followed shortly thereafter by Ophelia’s funeral procession. It is after this scene that he resolves to avenge his father’s death.

This is, I believe, the critical difference that differentiates true spiritual life from “self help”. Paradoxically, the grappling with death leads to the release of the clinging that lies at the root of alot of neurotic behavior. Having let go of clinging to your transient self, you find yourself inwardly free.

You will find this theme in the New Testament, as well; Jesus says, …”unless a grain of wheat falls into the earth and dies, it remains just a single grain; but if it dies, it bears much fruit. Those who love their life lose it, and those who hate their life in this world will keep it for eternal life” (John 12: 24-25). There are lots of other “discipleship” passages where he makes clear that following him means taking the road to Calvary and Crucifixtion. And yet, the Christian scriptures are called “gospels” meaning good news. The good news is that crucifixtion, or death of self, is followed by resurrection. The “engine” that moves the process forward is a love for God so intense that it drives all other (worldly)considerations out and leads to a complete surrender to the divine. The history of Christianity is filled with accounts of saints who were downright blissful as they went off to their deaths, not because they drank some weird cool-aid, but because they were inwardly free and unafraid of death.

Ironically, the most direct book on this topic I’ve found was written by a Zen master, Wolfgang Kopp, called “Free Yourself of Everything” in which he talks at length on the “Great Death” from a Buddhist and Christian perspective. Another excellent book is Dietrich Bonhoeffer’s “The Cost of Discipleship”

The graveyard scene and Ophelia’s funeral are significant in that respect. It may be the case, though, that the transformation already began on Hamlet’s sea voyage. He had discovered the plot by Claudius to have him killed aboard the ship, and had escaped. A sea voyage is often symbolic of transformation, since water itself is symbolic of rebirth. Thus we have the expression, “a sea change.”

You make a perceptive point about the awareness of death, memento mori, being what differentiates a genuine spiritual path from what is offered in self-help books. The awareness of death is sobering, causing a person to take an honest assessment of what life is about. That assessment is that the body and the ego have no future.